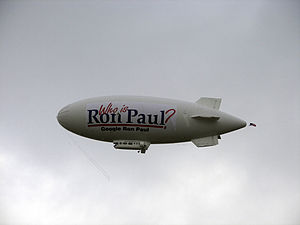 The budget plan of Wisconsin GOP Rep. Paul Ryan passed the House on Thursday 228 to 191, mostly along party lines. In fact, not a single Democrat voted for it, signaling that it won’t see the light of day in the Democrat-controlled Senate as predicted here. The previous day, the House overwhelmingly rejected 382-38 the Simpson-Bowles deficit reduction proposal, which incudes tax increases as well as spending cuts. Last week, the administration-supported budget bill was also voted down, 414-0, which leaves the legislative branch of the U.S. government in limbo.

Supporters of the Paul Ryan budget trumpet that his bill would simplify the tax code and modify Medicare, putting more control into the hands of the states. White House spokesman Jay Carney disagrees, saying the changes proposed to Medicare would “burden seniors and end the program as we know it,” while giving tax breaks to millionaires and cutting critical jobs programs.

Speaker of the House John Boehner lost 10 Republican votes, including several who said Ryan’s bill was too weak. Rep. Ed Whitfield (R-Ky.) declared, “I’m not going to vote for a budget that takes more than 20 years to be in balance.”

Each of the bills voted on, including Ryan’s, continues deficit spending for years into the future. Ryan’s plan spills red ink of $1.3 trillion over the next 10 years, while the White House budget projects deficits of $6 trillion, with the Bowles-Simpson proposal coming in at $4.5 trillion. But none of them addresses the real issue, according to Texas Congressman Ron Paul. In a statement issued after the vote on the Ryan plan, Paul said:

I sympathize with my friend Rep. Paul Ryan’s aim in reducing federal debt, reforming entitlements while protecting those who currently depend on them, and reducing taxes. Unfortunately, Mr. Ryan’s budget assumes that the federal government can and should continue all its current activities, [that] the welfare state just needs to be run in a more efficient manner.

Paul’s own budget offering, his “Plan to Restore America,” would cut $1 trillion in spending in the first year and balance the budget in the third. It would eliminate five cabinet departments (Energy, Housing, Commerce, Interior, and Education) and return government spending to 2006 levels. It would cut government payrolls, lower the corporate tax rate to 15 percent, and allow companies with profits overseas to “repatriate” them without incurring tax liabilities. It would extend the Bush tax cuts, and abolish the estate tax and taxes on dividends and interest earned. It would also require a full audit of the Federal Reserve and allow private market currencies to compete with the Federal Reserve notes that the government forces Americans to use.

Steve Bell, senior director of economic policy at the Bipartisan Policy Center, is discouraged by the deadlock. Bell served for years on the Senate Budget Committee that crafted numerous budgets: “We actually passed budgets and we actually went to conference and we had reconciliation. What’s happened now—it’s kind of sad to see, really.” Rep. Steve LaTourette (R-Ohio) noted that the logjam “says that people aren’t being real serious getting something implemented.”

With the federal debt getting larger every minute and Washington seemingly unable or unwilling to do anything about them, what will it take to solve the problem? That question was asked of Alan Simpson, former Republican Senator from Wyoming and co-director of the Simpson-Bowles commission, by Alan Murray on the Wall Street Journal’s Viewpoint program:

Murray: Do you think we can get a reasonable solution to this problem without some sort of financial or economic crisis first?

Simpson: No. I think the markets will call the shots. They don’t care who is President, they don’t care who Democrats are or Republicans. They are going to say you’re dysfunctional and we want more money for our money.

We’ll keep loaning you money. We love you but we’re going to have to ask for [more] money. And [higher] interest rates will kick in and inflation will kick in and the guy that gets hurt the most is the little guy that everybody talks about day and night. What a travesty.

And that’s going to come and it could come quick[ly]. Erskine [Bowles] is saying two years. I’m saying before [then]. That’s when they’ll pull the chain.

What Simpson is saying is that it is too late for Washington to have any substantial impact on deficit spending. The focus instead is on the election and the economy and the potential war with Iran and rising oil prices and ObamaCare and on and on. When the bell rings and the bond market begins demanding more for making investments in an increasingly risky U.S. government bond, then deficits will once again top the list. Until then, little except rhetoric is likely to be heard in Washington.

2012 Elections Central Bank Deficit Democrat Economy Entitlements Federal Government Federal Reserve Fiat Currency Inflation Interest Rates Jobs John Boehner Medicare Obamacare Oil Prices Paper Money Paul Ryan Republican Ron Paul Senate Spending Taxes War
This entry was posted on Tuesday, April 3rd, 2012 at 4:26 am and is filed under Economics, Politics. You can follow any responses to this entry through the RSS 2.0 feed. Both comments and pings are currently closed.
Many of the articles on Light from the Right first appeared on either The New American or the McAlvany Intelligence Advisor.