The Fed Is Buying 61 Percent of U.S. Government Debt 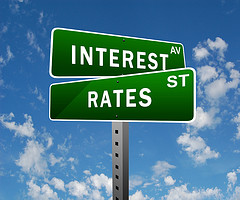 In his attempt to explode the myth that there is unlimited demand for U.S. government debt, former Treasury official Lawrence Goodman explained that there is high perceived demand because the Federal Reserve is doing most of the buying.

Last year the Fed purchased a stunning 61% of the total net Treasury issuance, up from negligible amounts prior to the 2008 financial crisis.

This not only creates the false impression of limitless demand for U.S. debt but also blunts any sense of urgency to reduce supersized budget deficits.

What about Japan and China? Aren’t they the major purchasers of U.S. debt? Not any more, notes Goodman. Foreign purchases of U.S. debt dropped to less than 2 percent  of GDP (Gross Domestic Product) from almost 6 percent just three years ago. And private sector investors—banks, money market and bond mutual funds, individuals and corporations—have cut their buying way back as well, to less than 1 percent of GDP, down from 6 percent. This serves to hide the fact that the government can’t find outside buyers willing to accept rates of return that are below the inflation rate (“negative interest”) given the precarious financial condition of the government. It also hides the impact of $1.3 trillion deficits from the public who would likely get much more concerned if real, true market rates of interest were being demanded for purchasing U.S. debt, as such higher rates would increase the deficit even further. Finally it takes pressure off Congress to “do something” because there is no public clamor over the matter, at least for the moment.

One of those promoting the myth that buyers of U.S. debt must exist because interest rates are so low is none other than one of those recently seated at the Federal Reserve’s Open Market Committee table, Alan Blinder. Now a professor of economics at Princeton University, Blinder was vice chairman of the Fed in the mid-nineties and should know all about the Fed’s manipulations and machinations in the money markets. Apparently not.

On January 19 Blinder wrote in the Wall Street Journal that

Strange as it may seem with trillion-dollar-plus deficits, the U.S. government doesn’t have a short-run borrowing problem at all. On the contrary, investors all over the world are clamoring to lend us money at negative real interest rates.

In purchasing power terms, they are paying the U.S. government to borrow their money!

Blinder repeated the error in front of the Senate Banking Committee just one week later: “In fact, world financial markets are eager to lend the United States government vast amounts at negative real interest rates. That means that, in purchasing power terms, they are paying us to borrow their money!”

Aggressive promotion of a myth never makes it a fact. All it does is hide, for a period, the reality that the world isn’t willing to lend to the United States at negative interest rates. This places the burden on the Fed to make the myth appear real by expanding its own balance sheet and gobbling up U.S. debt.

There are going to be consequences. As Goodman put it,

The failure by officials to normalize conditions in the U.S. Treasury market and curtail ballooning deficits puts the U.S. economy and markets at risk for a sharp correction…. [Emphasis added.]

In other words, budget deficits often take years to build or reduce, while financial markets react rapidly and often unexpectedly to deficit spending and debt.

The recent release by the Congressional Budget Office (CBO) of future inflation expectations provides little assurance either as it mimics the line that inflation will stay low for the foreseeable future: “In CBO’s forecast, the price index for personal consumption expenditures increases by just 1.2 percent in 2012 and 1.3 percent in 2013.”

With the Fed continuing to buy U.S. government debt, which keeps interest rates artificially low, when will reality set in? Amity Shlaes has the answer. Writing in Bloomberg last week, Shlaes explains:

The thing about [price] inflation is that it comes out of nowhere and hits you….

In 1945, all seemed well. Inflation was at 2 percent, at least officially. Within two years that level hit 14 percent.

All appeared calm in 1972, too, before inflation jumped to 11 percent by 1974 and stayed high for the rest of the decade….

One thing is clear: pretty soon, we’ll all be in deep water.

Doug Casey agrees: “Don’t think there are no consequences to our unwise fiscal and monetary course; a potentially ugly tipping point is more likely than not at some point.”

All of this goes to show that the Fed’s attempts to fix the price of money below market rates are likely to have other, perhaps more important, effects. It hides the truth about real market rates from investors, it puts the whole discussion of deficits on the back burner, and allows Congress to continue to ignore the issue and kick the can down the road. At some point, reality will click in and investors, Congress, and taxpayers will discover they’ve run out of road.

Banking CBO Central Bank Deficit Economy Federal Reserve Fiat Currency GDP Inflation Interest Rates Paper Money Private Sector Senate Senate Banking Committee Spending War
This entry was posted on Saturday, March 31st, 2012 at 4:57 am and is filed under Economics. You can follow any responses to this entry through the RSS 2.0 feed. You can leave a response, or trackback from your own site.
Many of the articles on Light from the Right first appeared on either The New American or the McAlvany Intelligence Advisor.