In Defense of Bumper Stickers

Bumper stickers, I like them.  Bumper stickers are an interesting means of expression.  They are usually short, clever, to the point statements aimed at calling our attention to a particular matter.  And that’s not a bad thing.

A good bumper sticker’s ability to capture our attention should not be underestimated.  Whatever the issue addressed by a bumper sticker, it is capable of bringing out from us strong emotional responses from one extreme to the other, and everywhere in between, depending upon our point of view. 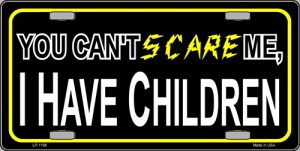 Some are more serious: 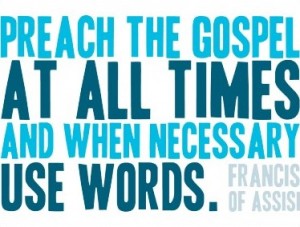 Some are factual, others not, and some are just downright mean-spirited. There are literally thousands more of examples, but you get the idea.

Now sometimes bumper stickers are given a bad rap. This is particularly true in the context of the more serious political and social issues. People are often accused of having a “bumper-sticker mentality.” By that is meant that people engage in over-simplifying and exaggerating situations to try to make a point or gain some advantage. They seem to display an aversion to thinking and only superficially deal with problems, yet offer no solutions.

This rightly-attributed criticism toward a bumper-sticker mentality should not disparage the use of bumper stickers. Nor should it discourage us from ever using bumper-sticker comments; they are appropriate in many situations.

As seen in the examples above, not every bumper sticker warrants deep contemplation; perhaps just a good laugh or a smile in agreement. But on important matters, and there are many, in so far as bumper stickers do indeed recall to our minds the underlying principles of a thing, all well and good. Or if they invoke in us a desire to find out more about it, a good seed has been planted.

I started out saying I like bumper stickers, but on second thought, I love bumper stickers! They make me think more deeply about important matters. And that’s a good thing.

Constitutional
This entry was posted on Saturday, March 31st, 2012 at 5:01 am and is filed under Constitution, Politics. You can follow any responses to this entry through the RSS 2.0 feed. Both comments and pings are currently closed.
Many of the articles on Light from the Right first appeared on either The New American or the McAlvany Intelligence Advisor.