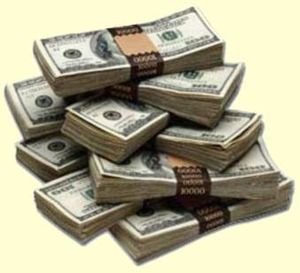 When Lakshman Achuthan, co-founder of Economic Cycle Research Institute (ECRI) appeared on CNBC to defend his prediction last September of an “imminent” recession, challenges came from many observers, including Tom Keene and Ken Prewitt of Bloomberg and Jon Stewart of The Bonddad Blog. Each pointed to an array of economic indicators that appeared to make Achuthan’s prediction appear almost silly: jobs data improving, auto sales increasing, homebuilders stock prices bouncing, consumer sentiment positive, and others.

Achuthan remained adamant about his prediction, made late September 2011, that not only would the economy shortly enter a new recession but

It’s going to get a lot worse. The vicious cycle is starting where lower sales, lower production, lower employment and lower income [leads] back to lower sales…

You haven’t seen anything yet.

He repeated his prediction in the face of new data apparently pointing in the opposite direction: “Since our recession call five months ago the definitive hard data [we] used to determine official recession dates have gotten worse, not better, despite the consensus view things have been improving.” He reviewed his arguments:

GDP growth peaked in the third quarter of last year and has been declining since then.

Personal income growth and retail sales have also peaked and are declining.

The industrial production growth rate, year over year, has dropped to a 21-month low.

Economic growth is at its worst reading since early 2010.

He concluded: “The continued weakening in economic growth is consistent with our recession call from five months ago. In 50-plus years, looking backwards, growth has never slowed this far without a recession following in short order…personal disposable income growth has now been negative for the last five months. That’s never happened, ever, without a recession, not even close.”

Based upon his September call, economic forecasters were looking for increasing price inflation at the consumer level (which didn’t happen), unemployment moving higher to 12 to 15 percent (which also didn’t happen), Gross Domestic Product—GDP—going negative for two or more quarters (which didn’t happen either), and federal government deficits staying above $1.5 trillion every year (which appears to be accurate).

Jon Stewart pulled up some graphs of GDP (showing growth), industrial production, retail sales and disposable income (all showing growth) and concluded that

With gasoline prices nearing $4 a gallon already, ECRI may yet get their recession before the end of the first half of 2012, but if they do it won’t be for the reasons cited by Achuthan.

In a separate study Stewart showed precisely what Achuthan had predicted: real (inflation-adjusted) wages declining sharply since September 2010 with a matching decline in net disposable (spendable) income over the same period. The robust numbers Stewart cited to challenge Achuthan’s call are coming out of a declining savings rate and the consumers’ existing stock of savings which is nearly exhausted. Concluded Stewart, “ECRI is probably right about the US consumer.”

None of the challengers mentioned the continuing shadow inventory of houses waiting to come onto the market, or the declining European economies, or China’s sharply decelerating economy, or rising gasoline prices. It may take another couple of months, but Achuthan’s September call might just be the most unhappily accurate of any made by economic observers of the present scene.

Economy ECRI Federal Government GDP Inflation Jobs Recession Unemployment
This entry was posted on Wednesday, March 14th, 2012 at 4:31 am and is filed under Economics. You can follow any responses to this entry through the RSS 2.0 feed. Both comments and pings are currently closed.
Many of the articles on Light from the Right first appeared on either The New American or the McAlvany Intelligence Advisor.