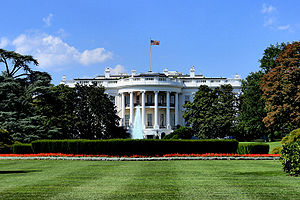 White House announcements celebrating the jobs report from the Bureau of Labor Statistics (BLS) were optimistic: “Private sector employers added 233,000 jobs to their payrolls in February [which] means the economy has added jobs for 24 consecutive months…” This illustrates “the progress of the last two years and the importance of doing everything we can to continue strengthening our economy and creating jobs for the months and years ahead,” wrote Megan Slack on the White House blog. Alan Krueger, chairman of the Council of Economic Advisors, was equally enthusiastic:

Today’s employment report provides further evidence that the economy is continuing to heal…. It is critical that we continue the economic policies that are helping us dig our way out of the deep hole that was caused by the recession…

MarketWatch.com joined with the White House in its analysis of the numbers: “By almost every measure the employment picture has brightened considerably…”

Unfortunately both sources were reading from the top line of the BLS report. A closer look would likely have dampened their enthusiasm. From that report,

When Jon Hilsenrath of the Wall Street Journal was interviewed about the report, he raised the key question: How could jobs continue to grow if the economy isn’t growing? He posited that employers were filling jobs that were eliminated during the decline in 2008 and 2009 and didn’t reflect real growth in the economy. He noted, as a good economist should, that economic growth comes first, and then jobs, and not the other way around—a key point that the White House and MarketWatch both missed.

A brutally honest look at economic reality by Bloomberg’s Business Report concluded that the number of non-working Americans—working-age citizens who don’t have a job and aren’t looking for one—is an astonishing 88 million: “While the jobless rate fell to 8.3 percent…it doesn’t account for this army of nonworking Americans.”

The latest chart from the St. Louis Federal Reserve shows the percentage of American men who have jobs is near an all-time low, with precious little evidence of any improvement since the alleged end of the recession was announced in June 2009 or any measurable impact of the White House’s so-called “economic policies that are helping us…”

Now that the eurozone has been officially declared in a recession, Germany’s economy is shrinking, the forecast for Italy (the eurozone’s third largest economy) is similarly discouraging, and export prospects for the American economy are declining. Even China, the powerhouse driving the world economy during the recession, is slowing considerably. As noted by Standard & Poor’s,

If such a scenario were to materialize, its negative effect on the U.S.…could be substantial…

Unfortunately the “top line” job numbers celebrated by the White House and others fail once again to tell the whole story. Even if the numbers are correct, fewer than half of the eight to nine million jobs lost in the recession have been added back. As Hilsenrath asked, “Where is the economic growth coming from to drive the economy and sustain the job numbers in the future?”

BLS China Council of Economic Advisors Economy Eurozone Federal Reserve GDP Germany Italy Jobs Private Sector Recession Statistics Unions
This entry was posted on Tuesday, March 13th, 2012 at 10:26 am and is filed under Economics, Politics. You can follow any responses to this entry through the RSS 2.0 feed. Both comments and pings are currently closed.
Many of the articles on Light from the Right first appeared on either The New American or the McAlvany Intelligence Advisor.