The Illinois Plan to Fix Its Budget Woes: Deny Reality 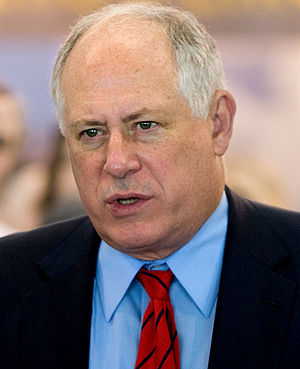 The best thing Illinois Governor Pat Quinn had to say in his State of the State address on February 1 was that the legislature needs to face its “rendezvous with reality.” Under a newly enacted state law the budget process must now begin with estimated revenues rather than just a list of “needs and wants” and then craft a budget around that number.

It took considerable jockeying just to come up with that number, but as Senate Republican leader Christine Radogno noted, the $33.7 billion estimated revenue number is “not a cap,” but merely a good first step: “Unfortunately, adopting the revenue number may be the easiest part of this whole process. It’s going to be difficult to come to a consensus on the spending number.”

Under Illinois law the state government must balance its budget every year, and every year it has succeeded, mostly by stiffing its suppliers and borrowing to make its pension plan payments. Currently the state owes its 166,000 vendors approximately $9 billion, but plans to make its pension plan payment of $5.2 billion without having to borrow this time.

Illinois sports the most underfunded pension liability of any state in the union, at about $83 billion, which translates into having only 43 cents on hand for every dollar it should have to fully fund its pension liabilities. Amazingly, Quinn ignored reality and recommended that the General Assembly spend more money on college scholarship and preschool programs:

It’s not the time to pull back. By investing in Illinois and in our people, we are building and growing the economy. We are moving Illinois forward.

Moody’s Analytics doesn’t think so and just gave Illinois the lowest credit rating of any state in the country, explaining why: “weak management practices” and a legislature that “took no steps to implement lasting solutions.”

At the moment, Illinois owes more than $280 billion and has a pension shortfall of $83 billion, along with its $9 billion in unpaid bills. Governor Quinn offered to cut the state’s share of Medicaid funding by $2.7 billion, which would cost the state program $5.4 billion due to the loss of matching funds from the federal government. He also proposed closing two state prisons, which are already operating at 150 percent of capacity, along with six halfway houses. Last year the state raised corporate taxe rates by 30 percent and personal income taxes by 66 percent with little impact on either the revenue stream or the spending gap.

Illinois is the poster child for fiscal irresponsibility and a “leading indicator” for other states facing similar problems, according to Professor Joshua Rauh of Northwestern University. Said Rauh, “We’re going to see more and more states cutting spending to meet pension obligations mandated by the state’s own statutes.” But he doesn’t see anything like the discipline needed to face reality coming from the state’s General Assembly. Instead he thinks that the bond market will wake up to the Illinois reality and stop buying its debt and refuse to roll existing debt over when it comes due.

At the moment, however, the bond market also appears to be impervious to reality. Illinois just sold half a billion dollars’ worth of general obligation bonds at 3.9 percent, the lowest rate on such a bond in recent history.

Efforts to rein in spending and begin to staunch the flow of red ink are few and far between. A Senate bill was recently offered that placed modest limits on future benefits and called for slight increases in workers’ contributions to their own retirement plans, but it has little chance of being considered seriously, for at least two reasons: the teachers and their unions, and this is an election year. At present a teacher qualifies for retirement at age 60 after only 10 years of service and then receives a 3 percent COLA on her benefits for life thereafter. Who could be persuaded to vote to reduce that?

Until reality sets in, either by the bond market or by legislators with backbone, Illinois will continue to lead the way into insolvency and eventual bankruptcy. Until that happens, fudging pension plan payments with unrealistic assumptions on what those assets might earn in the future will allow accountants to continue to sign off on lower-than-necessary pension-plan contributions, which might be just enough to carry the legislators through the next election cycle. And then it’s somebody else’s problem.

Bankruptcy Corruption Economy Medicaid Pension Republican Retirement Senate Spending State Government Taxes Unions
This entry was posted on Saturday, March 10th, 2012 at 4:43 am and is filed under Economics. You can follow any responses to this entry through the RSS 2.0 feed. Both comments and pings are currently closed.
Many of the articles on Light from the Right first appeared on either The New American or the McAlvany Intelligence Advisor.