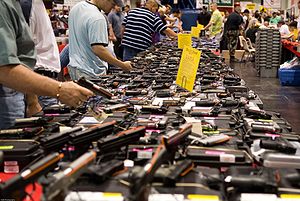 The study also put into perspective the number of accidental shootings that were reported to the papers in that eight-year period. Although the Centers for Disease Control reported 535 accidental shootings in 2006, the authors found only five in their database. The study also identified 36 cases where the defender lost his life during the incident but that compares to the 210 cases where the perpetrator was shot by his intended victim. Sixty-five carjackings were successfully ended by an armed citizen who used his weapon to defend himself.

Some objections to gun ownership include concerns that ordinary citizens aren’t capable of owning and handling a gun responsibly or that they will be likely to engage in “road rage” with potentially tragic consequences. Such objections hold little water. Cramer and Burnett wrote: “This paper finds that such cases represent an exceedingly small minority of gun uses by otherwise law-abiding citizens…. Those assumptions are false. The vast majority of gun owners are ethical and competent.”

The authors were quick to note deficiencies in the study, notably the underreporting of incidents where an armed citizen defended himself but never made the papers. They said:

Moreover, it is important to note that when a gun owner kills an attacker or is able to hold a rapist or a burglar until the police arrive, it is very likely that more than one crime has been prevented because if the culprit had not been stopped, he could have targeted other citizens as well.

Two cases from their study suffice to prove the point. From a news story printed in the Mooresville (N.C.) Tribune on January 7, 2010, a Charlotte woman was attacked by a rapist, but she managed to wrest his gun from him and hold him until the police arrived. It turns out that her attacker, one O.C. Billings, had an extensive criminal history going back 20 years, much of which involved sexual attacks on children. Her success ended what is likely to have been a continuing string of attacks on others by the perp.

The other concerned a private security officer who was able to end the killing spree of Matthew Murray at a church in Colorado Springs in December 2007. The authors noted that her actions “clearly prevented the murder of at least dozens of people.” As that officer wrote in her book God, the Gunman & Me:

When [the police] inspected Matthew’s car, they found an AK-47 assault rifle and another 1,000 rounds of ammunition in the trunk, plus maps to other locations where it appeared he had been planning to seek further revenge. At the time of the shooting at New Life [Church], Matthew had over 1,000 rounds on him and in the backpack he carried on his back. There was a map to the Denver meeting place [of another religious organization].

The authors of the study tell those legislators who insist on restricting the rights of citizens to own guns that if they “are truly interested in harm reduction, they should pause to consider how many crimes—murders, rapes, assaults, robberies—are thwarted each year by ordinary persons with guns.” Of course, legislators with other objectives in mind will not be persuaded by this study or any other, as logic and historical experience do not make totalitarian ideologues alter their intentions.

As persuasive as the Cato study is in showing that armed citizens are responsible and capable and have ended many thousands, perhaps millions, of criminal attacks, it greatly understates the impact those citizens have in ending, without fanfare or publicity, a potential criminal act. The study will no doubt encourage those who already carry and perhaps persuade others to do the same.

Cato Institute Colorado Crime Gun Control Second Amendment
This entry was posted on Monday, February 27th, 2012 at 4:24 pm and is filed under Constitution. You can follow any responses to this entry through the RSS 2.0 feed. Both comments and pings are currently closed.
Many of the articles on Light from the Right first appeared on either The New American or the McAlvany Intelligence Advisor.