Unemployment Up in February, Obama Reelection Chances Down 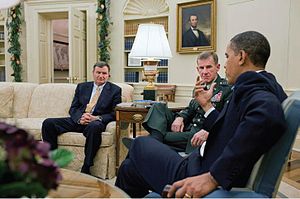 The U.S. unemployment rate jumped in February from 8.3 percent to 9.0 percent, according to Gallup. Gallup’s numbers are highly correlated to the same reports from the Bureau of Labor Statistics (BLS). The differences between the two are very slight: Gallup calls people age 18 and up; the BLS calls people age 16 and up. Gallup polls 30,000 people every month; the BLS polls 60,000. Gallup makes those calls continuously throughout the month; the BLS calls during one week in the middle of the month. Gallup’s numbers aren’t seasonally adjusted; the BLS numbers are.

Regardless of what the government reports [on Friday, March 2nd], Gallup’s unemployment and underemployment measures show a sharp deterioration in job market conditions since mid-January…[these numbers are] consistent with an economy that continues to struggle with modest growth, particularly as gas prices surge. Further, it suggests that it is premature to assume the condition of the economy will not remain a major issue for Americans both financially and politically in 2012.

With total employment hovering around 130 million since 1999, it is clear that as soon as someone is hired, someone else is laid off. But stepping back, America’s total population has grown from 272 million 12 years ago to over 313 million today, a gain of 41 million people. So employment as a percentage of population has been decreasing, dropping from 67 percent to just over 63 percent, most of it occurring during the last four years.

On his economics blog at Barrons magazine, Gene Epstein created an index—Voters’ Economic Well-Being, or VEWB—to see how elections in the past were impacted by the state of the economy at the time. He combined the percentage increase in consumer spending during the last six months of an election year and the unemployment rate for married males over the same period. The difference is his VEWB index.

Going back to 1956 with Dwight Eisenhower’s reelection, Epstein has not only calculated his index, but compared it to the election outcome. Based on his VEWB, Obama would have lost his bid for reelection if the election had been held last November.

He concluded that “a flat-to-positive index is virtually required for an incumbent to win. Also, no one has ever won with the index as negative as Obama’s is now.” In fact, according to Epstein’s analysis, Obama’s index is worse than any other president seeking reelection, except Jimmy Carter’s. Epstein admits: “The president’s number could turn at least flat or maybe even positive by November, but that’s quite unlikely.”

And now that the price of gasoline is nationally above $4 a gallon and likely headed for $5, consumer spending is about to take another hit. John Hofmeister, a former Shell operations manager and currently CEO of Citizens for Affordable Energy, said this increase “could impact the U.S. recovery. If you turn the clock back one year, we were seeing these prices in February and the economy slowed in May, June and July and it became a grave concern of the administration.”

If Gallup, Epstein and Hofmeister are all correct, then the president’s chances for reelection are in serious and increasing jeopardy.

BLS Census Economy Eisenhower Energy Gas Prices Jimmy Carter Obama Polls Spending Statistics Unemployment Unions
This entry was posted on Wednesday, February 22nd, 2012 at 11:55 am and is filed under Economics, Politics. You can follow any responses to this entry through the RSS 2.0 feed. Both comments and pings are currently closed.
Many of the articles on Light from the Right first appeared on either The New American or the McAlvany Intelligence Advisor.