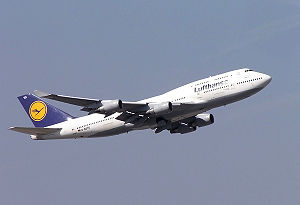 In defending the latest incursion into airlines’ freedom to provide transportation services to its international customers, Jennifer Andreason, of the Environmental Defense Fund (EDF), explained that the recently enacted Aviation Emissions Trading Directive wasn’t really a tax that penalizes airlines who use more than their “share” of carbon credits, but instead it’s a “cap” on pollution.

The EU [European Union] law puts a quantity limit, or cap, on the total amount of climate pollution of all flights landing at or taking off from EU airports. [Under the new mandate] every company whose planes land at or take off from airports in Europe has to ensure that at the end of each year, the amount of pollution of its planes is less than the amount of its cap. It’s that simple.

The EU could have slapped a tax on air travel…but this law doesn’t do that.

The EU could have required the airlines to install…pollution control technologies. But the law doesn’t do that either.

What isn’t so simple is understanding how an extra-legal entity acquired unto itself enough power to direct the activities of companies that don’t even reside in any part of the European Union. It’s been a long road and a long time coming. But building the New World Order takes time.

The first inkling that airlines needed to have restrictions on how much pollution they were producing came when it was discovered that man-made pollution was warming up the earth, with disastrous consequences in store. Then, in 1994 the United Nations published its “Aviation and Global Warming” study followed in 1997 by the Kyoto Protocol which directed attention to pursuing the “limitation or reduction of emissions…from aviation…fuels.” This set up something called ICAO (International Civil Aviation Organization), another agency of the United Nations to study the matter. In 2002 the European Parliament and Council got frustrated with the lack of progress towards mandating emissions and directed the European Commission (EC) to move ahead with those mandates. In 2005 the EC decided that some kind of trading system in carbon credits would be needed and started discussions with “stakeholders.” In 2007 that trading system was put on hold until the Chicago Climate Exchange could be set up.

When the fraud and deceit of the whole global warming climate change was exposed, the Chicago Exchange was closed, leaving the EU with nothing to do but to proceed on its own. In the summer of 2009 the EU adopted the Aviation Emissions Trading Directive with (finally!) the mandates sought back in 1994 put in place on the airlines flying into and out of the EU’s member states.

The trading directive was challenged by two airlines (American and United/Continental) and the Air Transport Association of America (ATA) but after hearing from an EU-appointed expert—a senior legal advisor appointed by the Court of Justice of the EU called the Advocate General—who issued the OK that the directive didn’t violate national sovereignty or any other international law that he could find, the (are you ready?) 13-judge Grand Chamber of the Court of Justice ruled from on high and quashed the challenge. On January 1st, the directive became “law.”

A letter from five environmental groups approving of all of these extra-legal shenanigans was sent to Nancy Young, the Vice President of the ATA, chiding her for supporting the lawsuit and explaining that it was all for good reasons: “The purpose of the EU aviation directive is to achieve significant additional carbon pollution reductions…[and that the emissions trading scheme] ETS requires modest emissions reduction…and it is flexible…[and] designed to fall well within the parameters of customary international law.” This gang of five then suggested that by forcing the airlines to follow its mandate, it “has the potential to spur the creation of new high-tech and manufacturing jobs in the United States, and help the United States to take a path towards energy independence and energy security…”

In other words, Nancy, the battle is over, you lost, now get on board.

The immediate effect of the mandate was, as free market proponents predicted, to raise the price of airline tickets to consumers. Lufthansa, Germany’s largest airline, did the math on its cost of the mandate—about $169 million the first year—and announced regrettably that it “will have to pass on the burden via ticket prices…” It is estimated that airlines will be burdened with costs to meet the mandate approaching $60 billion over the next decade.

But don’t call them taxes. They’re caps. It’s all good.

Currency Deceit Energy European Union Fraud Free Market Freedom Germany Global Warming Jobs New World Order Sovereignty Taxes United Nations
This entry was posted on Monday, February 20th, 2012 at 11:03 am and is filed under Economics. You can follow any responses to this entry through the RSS 2.0 feed. Both comments and pings are currently closed.
Many of the articles on Light from the Right first appeared on either The New American or the McAlvany Intelligence Advisor.