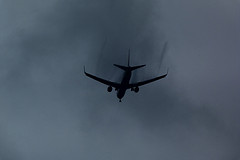 When a harvest is too small to satisfy consumption at its normal rate, speculators come in, hoping to profit from the scarcity by buying. Their purchases raise the price, thereby checking consumption so that the smaller supply will last longer.

Producers encouraged by the high price [attempt to] lessen the shortage by growing or importing [the commodity] to reduce [its] shortage.

On the other side, when the price is higher than the speculators think the facts warrant, they sell. This reduces prices, encouraging consumption [which helps] to reduce the surplus.

In other words, in a free market, the solution for high prices is high prices! As the price of the commodity in question rises, consumers buy less of it, or find alternative products. Producers invest their capital in order to take advantage of the high prices, which soon (or eventually, depending upon the commodity) increases the supply, which brings prices down.

Speculators provide a vital market function by providing signals that consumers and owners of capital can use to make profitable decisions. Those signals are prices.

Speculators also provides liquidity. A simple example will do: A farmer is planning his planting season, based upon prices in the future. By making a contract with a third party (a futures contract with a speculator), the farmer is assured of a certain price, and can make his plans accordingly. The speculator is willing to provide the guarantee in hopes of making a profit by selling the contract to the end user at harvest.

Speculators also “narrow the spread” in the market. If only producers and consumers met in the marketplace, the difference between the seller’s “ask price” and the buyer’s “bid price” could be substantial—the seller would want far more than the buyer is willing to pay. With sellers competing with a pool of other sellers for the speculators’ dollars, they are forced to have a lower ask price. The spreads drop, making the market more efficient and ultimately, less costly for the end user.

Major airlines speculate in the price of oil through the sale and purchase of futures contracts for the same reason. The president of a major airline stated recently that nearly half of their anticipated purchases of oil was “hedged” so that the airline would be protected if the price of oil spiked up unexpectedly, and consumers would consequently enjoy more competitive fares. All of this involves speculators willing to take on risk in order to make the markets more predictable both to producers and consumers.

In a sense, everyone who makes an investment is a speculator, hoping that the anticipated investment gains will offset the risk of losing the capital invested in the meantime. A very strong case can be made that the Federal Reserve, which has a monopoly on the price of money (interest rates), is currently giving inaccurate signals to the market. Because the Great Recession was based upon many investors using those faulty signals (low interest rates) to cause them to make investments in housing that later turned out to be very costly, those investors are unwilling to believe the Fed now. Housing prices continue to drop, as the latest Case-Schiller Index showed, with housing prices in 19 of the 20 cities surveyed showing continuing declines. The false low interest rates forced onto the market are being ignored because so many believed they were accurate just a few years ago, and have learned the hard way that they were not.

As a politician, Obama is skilled at misdirecting attention to take the heat off his own interventionist policies that are increasingly responsible for high gasoline prices. The prices of oil and gas have increased dramatically since the first of the year, and Obama’s predictable response is to point an accusing finger elsewhere.

What then is the cause of high oil and gasoline prices if blame cannot be pinned on speculators? Three examples of government interference in the free market for oil will suffice: ANWR (Arctic National Wildlife Refuge), the British Petroleum accident in the Gulf of Mexico and Obama’s statement yesterday about wanting to take away tax incentives from oil companies calling them “wasteful subsidies.” In other words, always and forever the answer by politicians to providing sufficient long-term oil resources is to hamper, reduce, impede, and excoriate efforts to provide more oil. ANWR could be developed efficiently with little measurable impact on the environment, but there is no political will to allow it. The leases to drill in the Gulf of Mexico are still being held in limbo by the same politicians who have no interest in increasing the supply of oil. And tax subsidies will only encourage the oil companies to increase their attempts to find more oil. The plans of the elite increasingly appear to be to drive the price of oil and gasoline to such high levels that environmentally “clean” energy will make economic sense,though because of the physics involved in producing alternative energy, there is presently no evidence that solar or wind power can replace any conventional power sources for industrial purposes.

So, in sum, it isn’t speculators that are driving the price of oil and gasoline. The speculators are doing their best to provide liquidity and predictability to a market suffering from heavy and increasing governmental interference. The real cause of high oil prices? The determination to wean the American taxpayer off oil and gas, and force them instead to change their energy habits. That’s the dirty little secret politicians are hiding by pointing to speculators as the cause of high gas and oil prices.

Case-Shiller Central Bank Corruption Department of Justice Education Elite Energy Establishment Federal Reserve Fiat Currency Fraud Free Market Gas Prices Great Recession Housing Market Interest Rates Monopoly Obama Oil Prices Paper Money Recession Subsidies Surplus Taxes
This entry was posted on Wednesday, April 27th, 2011 at 11:40 pm and is filed under Economics. You can follow any responses to this entry through the RSS 2.0 feed. Both comments and pings are currently closed.
Many of the articles on Light from the Right first appeared on either The New American or the McAlvany Intelligence Advisor.