This article appeared online at TheNewAmerican.com on Monday, September 12, 2016: 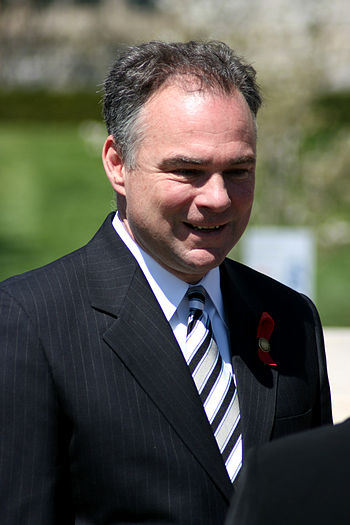 Virginia’s junior Senator Tim Kaine first earned public notoriety for his anti-gun ideology in 2000 when as mayor of Richmond he spent $7,000 of city funds to ship eight busloads of anti-gun supporters to Washington, D.C., to support the so-called Million Mom March against guns. The outcry was so vociferous that Kaine was forced to ask for private donations to repay the theft.

But he never recanted or apologized for the theft of the government funds, which the media called a “subsidy.” The Richmond Times Dispatch wrote that “Kaine defended the subsidy on the ground that Richmond always has supported stricter gun laws,” while adding, “I can’t think of an issue I’d rather be aligned with than this.”

The month before being picked by Hillary Clinton as her running mate in the campaign for the presidency, Kaine was at it again. In June he announced his support in the Senate for efforts to allow the federal Centers for Disease Control (CDC) to use taxpayer funds to advocate for gun control. As the NRA noted:

More than 15 years after being rebuked for squandering taxpayer dollars on gun control advocacy as mayor of Richmond, Kaine is still eager to attack gun owners’ rights by any means at his disposal, and he still isn’t above looting the public treasury to do it.

The primary backer of the original Million Mom March (which fizzled the second year when just 200 backers showed up) was the Bell Campaign, which supported all manner of Second Amendment infringements including rationing of the purchase of guns to one every month, a ban on the most popular semi-automatic rifles and their magazines, the licensing of all firearm owners, and plain out-and-out federal gun registration. In regard to the precious Second Amendment, the Bell Campaign was dismissive: “The Second Amendment does not, and never did, protect the private ownership of guns for private purposes.”

Also in June Kaine joined about three dozen other anti-gun members of Congress in a 15-hour filibuster on gun control following the Orlando night club shooting.

That means that Kaine is in complete agreement with Clinton’s promise, if elected, to nominate Supreme Court justices to “correct” the “wrong” decisions in the Heller and McDonald cases.

In April of 2007, following the Virginia Tech massacre, Kaine took advantage of the still-simmering public outrage, saying that he (according to the Roanoke Times) “thought the time might be right to press the General Assembly to address the [so-called] gun-show loophole.” This “loophole” presently allows people meeting at a gun show to buy, sell, or trade firearms without going through a background check. Properly described, the “loophole” is simply a private transaction between consenting individuals without government oversight or approval.

But abrogation of such rights didn’t matter. Something had to be done, and picking on law-abiding gun owning citizens as a way to channel public sympathy and outrage into his anti-gun agenda would serve nicely. Expanding background checks to include every soul in the state wouldn’t have prevented the Virginia Tech massacre since the shooter, Seung-Hui Cho, obtained his firearms legally following a background check.

In September 2015, Kaine tried again, this time taking advantage of the public outcry over the murder of news reporter Alison Parker by Vester Lee Flanagan. Kaine upped the ante by pressing for a bill that (again, according to the Roanoke Times) “would make gun sellers criminally liable to a bad sale if they didn’t take reasonable, affirmative steps to determine [if] the customer met federal criteria.”

Kaine has also attempted to eliminate traditional gun shows in his state while rejecting legislation that would have made it easier to obtain a concealed carry permit. When legislation was passed that would exempt active-duty service members from Virginia’s one-handgun-a-month law, he vetoed it.

With his extensive anti-gun background (he supports limiting the capacity of magazines to carry just 10 rounds, while also supporting an amendment proposed by California Democrat Senator Dianne Feinstein to ban all semi-automatic firearms that accept a detachable magazine — that would mean banning nearly all of them outright), it’s no wonder that Kaine holds a 100-percent rating from the Brady Campaign to Prevent Gun Violence and an “F” rating from the National Rifle Association.

This entry was posted on Tuesday, September 13th, 2016 at 4:48 am and is filed under Politics, Second Amendment. You can follow any responses to this entry through the RSS 2.0 feed. Both comments and pings are currently closed.
Many of the articles on Light from the Right first appeared on either The New American or the McAlvany Intelligence Advisor.