This article appeared online at TheNewAmerican.com on Thursday, March 24, 2016: 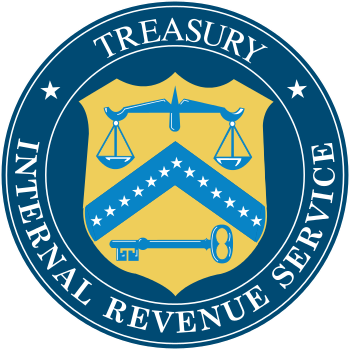 On Thursday a federal appeals court finally ran out of patience with the Internal Revenue Service (IRS) and slammed the attorneys defending the agency. Judge Raymond Kethledge, writing for the three-judge panel of the Sixth Circuit Court of Appeals, said:

Among the most serious allegations a federal court can address are that an executive agency [such as the IRS] has targeted citizens for mistreatment based on their political views. No citizen … should be targeted or even have to fear being targeted, on those grounds.

Yet those are the grounds on which the plaintiffs allege they were mistreated by the IRS.… The allegations are substantial.

The IRS has issued an apology, blaming mistakes on low-level employees. Yet it fought for more than five years demands for full disclosure and documents sought by Tea Party groups.… At every turn the IRS has resisted the plaintiffs’ requests … eventually to the open frustration of [the United States District Court for the Southern District of Ohio]….

Instead, attorneys representing the IRS issued a writ of mandamus, accusing the judge of that district court, Susan J. Dlott, of exceeding her authority in the matter. This was just too much for Judge Kethledge:

The IRS now seeks from this court a writ of mandamus [against Dlott], an extraordinary remedy reserved to correct only the clearest abuses of power by a district court [judge].

We deny the petition!

The lead plaintiff in the lawsuit against the IRS, NorCal Tea Party Patriots, suffered mightily under the heavy hand of the IRS. In July 2010, the group applied for tax-exempt status under Section 501(c) 3 of the Internal Revenue Code. The IRS responded by requesting additional information about the group’s activities. NorCal replied promptly with 120 pages of answers.

Eighteen months later NorCal had not heard anything about their application. Finally, in January 2012, the IRS responded claiming it needed more information. In a five-page, single-spaced letter, the IRS demanded answers to 19 more questions, many of which had sub-requests. Explained Kethledge:

The IRS’s letter also reminded NorCal that, “If we approve your application for exemption, we will be required by law to make the … information you submit in response to this letter available for public inspection.”

The IRS directed NorCal to respond by February 17, 2012 — three weeks after the date of the letter — and told NorCal that, “If we don’t hear from you by the response due date … we will assume you no longer want us to consider your application for exemption and will close your case. As a result, the Internal Revenue Service will treat you as a taxable entity.”

With Kethledge’s ruling some are hopeful that the IRS will relent in its half-decade-long attempt to hide the facts that even Congress itself was unable to dislodge from the recalcitrant agency. As Edward Greim, a lawyer representing NorCal, explained:

With that new information, the lawsuit against the IRS will enter the “discovery” phase, with depositions of IRS employees to follow.

In the meantime, in an apparently unrelated incident, Judge Susan Dlott suffered a home invasion on December 4 by “three black men with guns,” according to the judge. They threw her husband down the stairs, causing him to suffer several broken vertebrae, a broken pelvis, and cracked ribs.

This writer is almost certain that the unfortunate incident had nothing whatsoever to do with the lawsuit.

facts invasion IRS lawsuit power Tea Party the law
This entry was posted on Friday, March 25th, 2016 at 4:31 am and is filed under Constitution, Crime. You can follow any responses to this entry through the RSS 2.0 feed. Both comments and pings are currently closed.
Many of the articles on Light from the Right first appeared on either The New American or the McAlvany Intelligence Advisor.